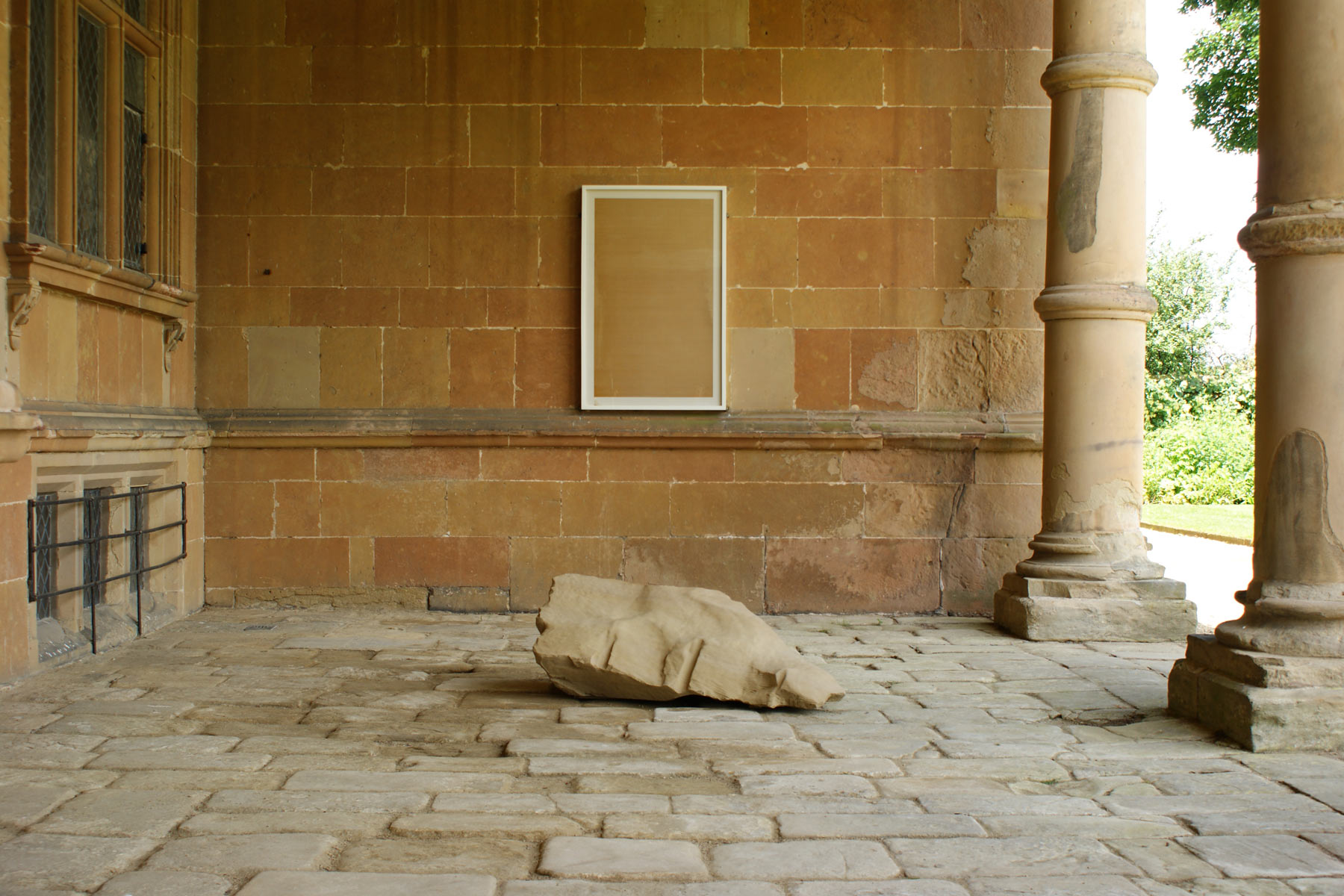 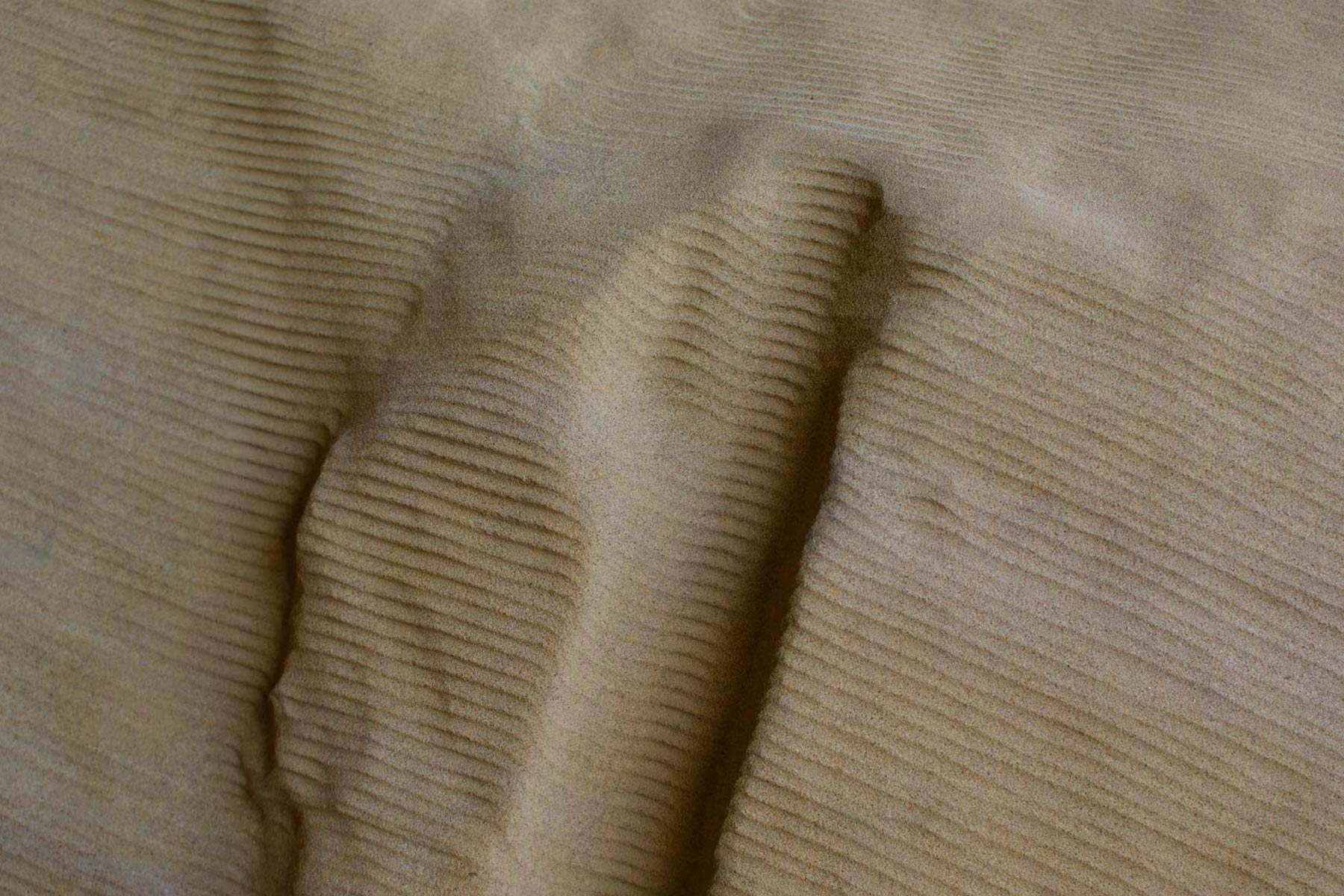 Using a process of three-dimensional scanning, digital re-scaling, and a five axis robotic milling machine a 2mm deep skin has been systematically removed from the surface of a sandstone boulder from the quarry at Hardwick Hall. The off-cut material has been collected from the milling machine’s filtration system and screen-printed to create a wall-mounted linear panel of pigment. Commissioned by Meadow Arts for The National Trust to commemorate the 400th anniversary of Robert Smythson and the men who built Hardwick Hall.